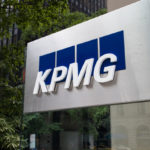 ,
It has signed up to a series of new climate actions, including a 1.5°C science-based target which will focus on achieving a 50% reduction of direct and indirect emissions
The post KPMG announces net zero carbon ambition by 2030 appeared first on future Net Zero.,

KPMG has announced its ambition to become a net zero carbon organisation by 2030.

It has signed up to a series of new climate actions, including a 1.5°C science-based target which will focus on achieving a 50% reduction of KPMG’s direct and indirect greenhouse gas emissions over the next decade.

KPMG companies have also collectively committed to 100% renewable electricity by 2022 in its board countries and by 2030 for the wider network, offsetting any remaining emissions through externally accredited voluntary carbon offsets to mitigate those that cannot be removed from their operations and supply chain.

The group has developed a carbon forecasting model for firms to map the impact and sources of emissions and show how a change in policy, for example on business travel, can have a significant impact on greenhouse gas emissions.

It will track progress against the new commitments by measuring and reporting to the CDP and the Science-Based Targets initiative.

Bill Thomas, Global Chairman & CEO of KPMG International said: “I am pleased that the new commitments we are announcing today will help to accelerate our ambitions to deliver on a more sustainable future, inspiring confidence among our teams and stakeholders and empowering them to change how we shape our future.

“Our carbon reduction plan will aid not only our own progress towards reducing the effects of the climate on tomorrow’s world but it will also contribute to our clients’ efforts to reduce their end to end carbon footprint. With this new set of global commitments across KPMG, I am confident that we are making the right decisions today to make a difference tomorrow.”

Medical logistics at up to 125 mph?

We use cookies to ensure that we give you the best experience on our website. If you continue to use this site we will assume that you are happy with it.OkPrivacy policy